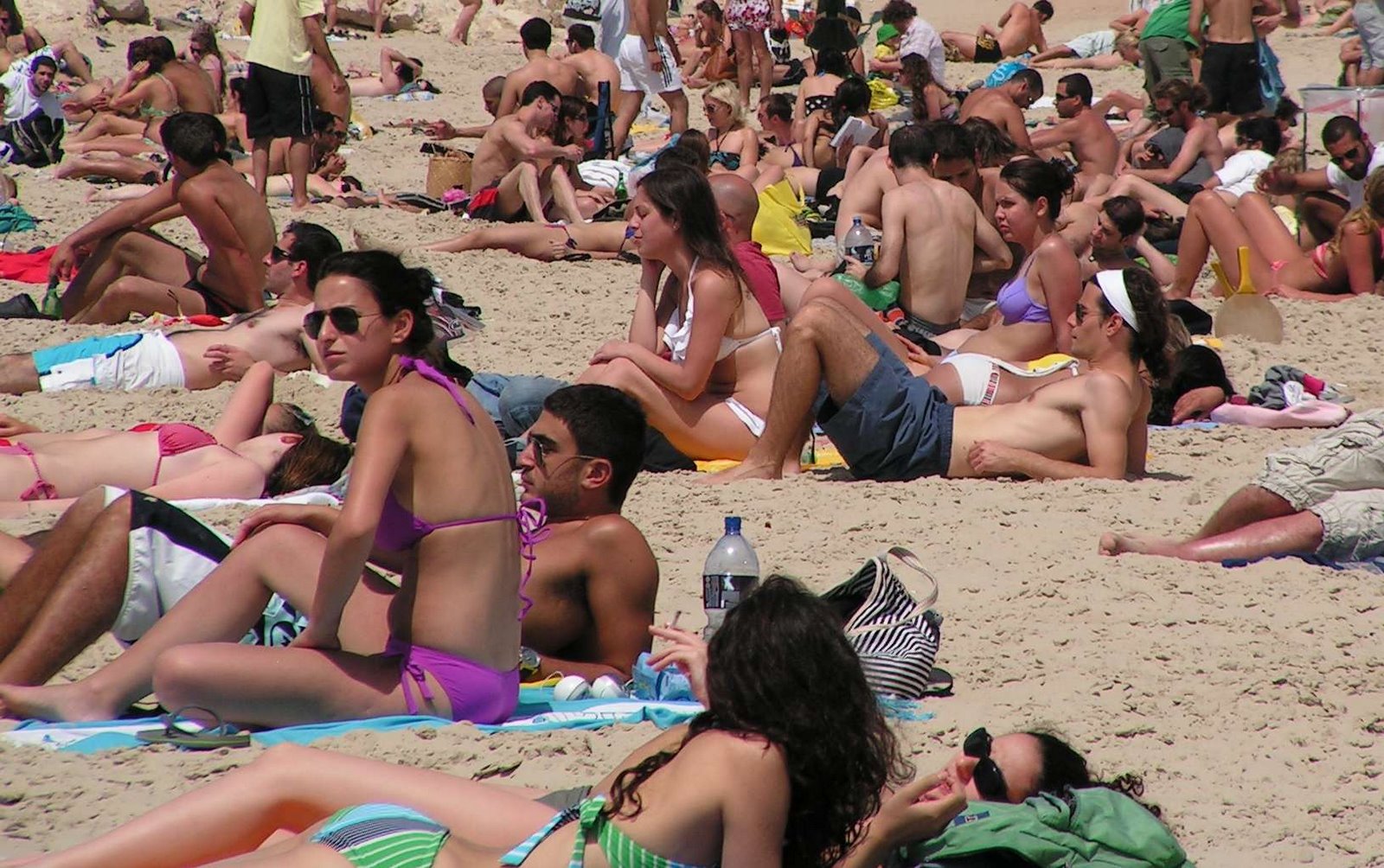 It’s official: summer is approaching in Tel Aviv. I know this for two reasons. One, when I woke up this morning, I was the mere remains of a human being after being devoured by the first batch of this season’s mosquitoes; and two, people seem to have forgotten that they have jobs and obligations and instead have taken to the streets in frantic excitement to suck up the sun’s first tan-worthy rays. Coupled with our upcoming Passover break, Tel Avivians are busting out their bathing suits and saying a firm ‘No’ to that second helping of hummus to get their bums back in beach business.
For those of you who have never ventured to this part of the world at this time of year, be warned: it gets hot. Very hot. So hot that all anyone becomes capable of talking about are their various levels of shvitzing. So hot that if your oven is broken you could probably bake your cake in the oven that is the outdoors. So hot that is becomes difficult, nay, impossible, to even fathom stepping outside without the proper tools to get you through the day.
There is no need to fret. Given that there are still a number of weeks before the heat becomes little less than unbearable, I present you with a handy-dandy guide to Israel’s summer fun:
1)     Never leave the house without the following essentials: sunscreen, a bottle of water, a hat, sunglasses, and a bathing suit. The first three are no-brainers. I highly recommend not neglecting the first, and perhaps most essential ingredient, with the excuse of trying to get some colour. If the colour that makes your eyes pop is a blistery, painful mix between maroon and fuschia – by all means, be my guest. If you prefer not to have to spend your days in an air-conditioned room covered in yoghurt (yes, yoghurt–it’s an old trick for alleviating sunburn pain), then make sure you pile on the sunscreen at least every couple hours. The bathing suit is also a must, because no matter how busy you are or whatever plans you thought you had, your day will always start or end, or both, at the beach.
2)     Clothing: as little as possible, really. One of the great things about Tel Aviv in the summer is that clothing becomes optional, everywhere. The whole ‘no shirt, no shoes, no service’ gig? Not an issue. If you insist on covering up, wear light, airy, light-coloured fabrics that breathe. You do not want to be one of those people stuck in the bathroom, trying to un-stick your jeans from your ankles while angry hoards of hot, sticky people wait outside the door.

3)     Dating: the best place to do this, naturally, is at the beach. Your guard is already down, and if you don’t like the guy you can always escape into the ocean or accidentally-on-purpose get lost amongst the endless coloured towels and umbrellas and bikinis. If you insist on going on an actual date, make sure it’s somewhere air-conditioned so that you don’t spend the entire evening discussing how sweaty you are and how much more bearable back home (wherever that may be) is in the summer.
4)     That said, beware of the constant, roving eyes of pretty much every man you see. The whole ‘no clothing’ tip comes with a couple of setbacks, mostly that your hot bod is on display for all to leer at. Luckily, though Israeli men do tend to be quite forward, they also get the hint if you’re straightforward enough. Be firm, and don’t worry about hurting their egos – they’ve got enough stored up to keep them hanging in there for at least the rest of the season.
5)     Bugs. For those of you genuinely afraid of cockroaches, beetles and any other variation of crawling black blobs, this is a great opportunity to face your fears. While a nuisance, they are harmless and can easily be swiped away. The real problem is mosquitoes. They’re relentless and insatiable, so invest in the strongest insect repellent you can get your hands on and use generously.
6)     Yoga. Poses like legs up the wall or forward folds have a cooling effect, and Tel Aviv is filled with studios that offer single classes, ten-pass classes or monthly memberships for a pretty good price.
7)     Eating and drinking. There is a reason Coke, Juices and Beer are so popular in Tel Aviv. First of all, they’re both quite cheap. Secondly, they’re heat friendly, and as you may discover, ubiquitous at every street party in the city (don’t be surprised if you find yourself stumbling upon one one of these a day). In terms of food, Israel has a vast variety of fresh fruits and vegetables, so try to skip the heavy steak and opt for fresh fish and great fruit from the market instead.
That said – embrace the heat, and allow the limitlessness of long summer days to take you anywhere and everywhere you need to go. And ladies, if he looks too good… he’s probably gay.

Israel is the only country in the Middle East where LGBT people can openly show affection, so it’s no surprise tens of thousands of people gather each year for the annual Pride celebration in Tel Aviv. 2016 festivities included the city’s 18th annual Pride Parade, musical performances, and speeches from public figures such as Tel Aviv Mayor Ron Huldai, who lauded the city as the “most gay-friendly” in the world. 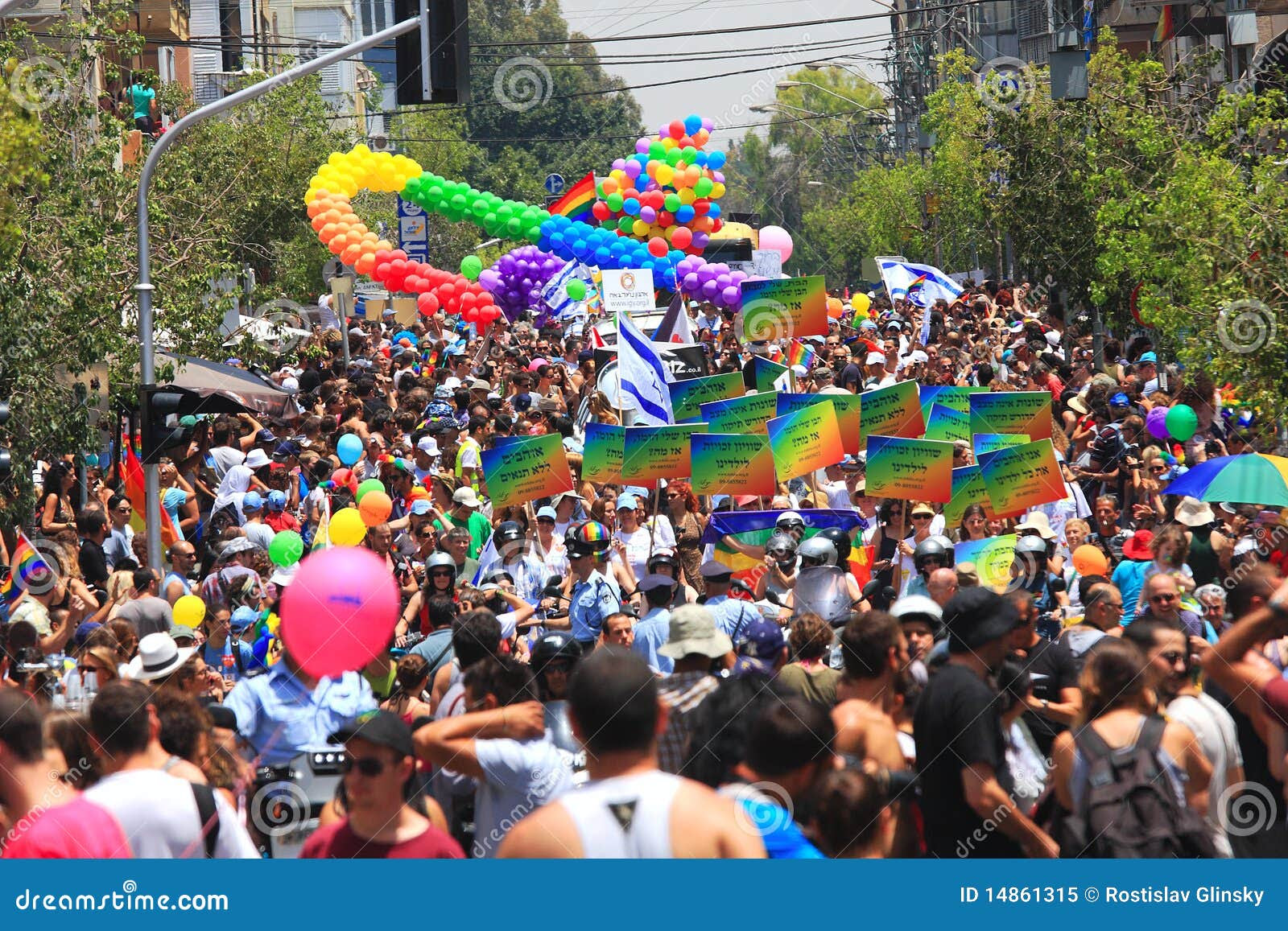 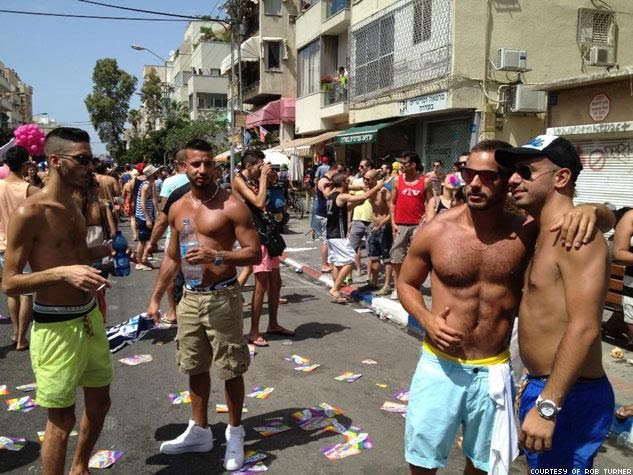 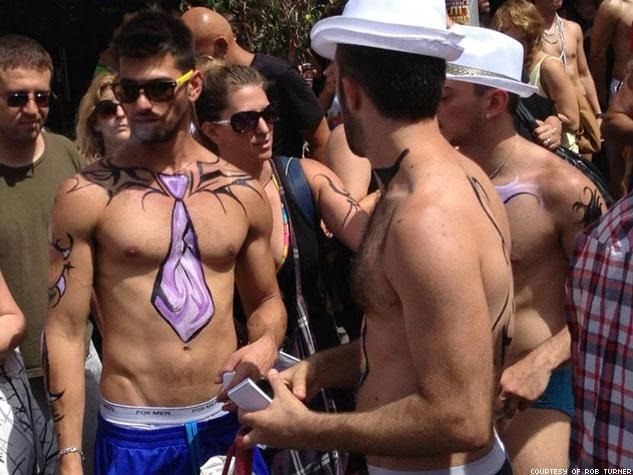