Palestinian Terrorism: Death ->72 Virgins or be one again.and Life Imprisonment ->18,000GBP sponsored by UK Foreign Aid to the PLO 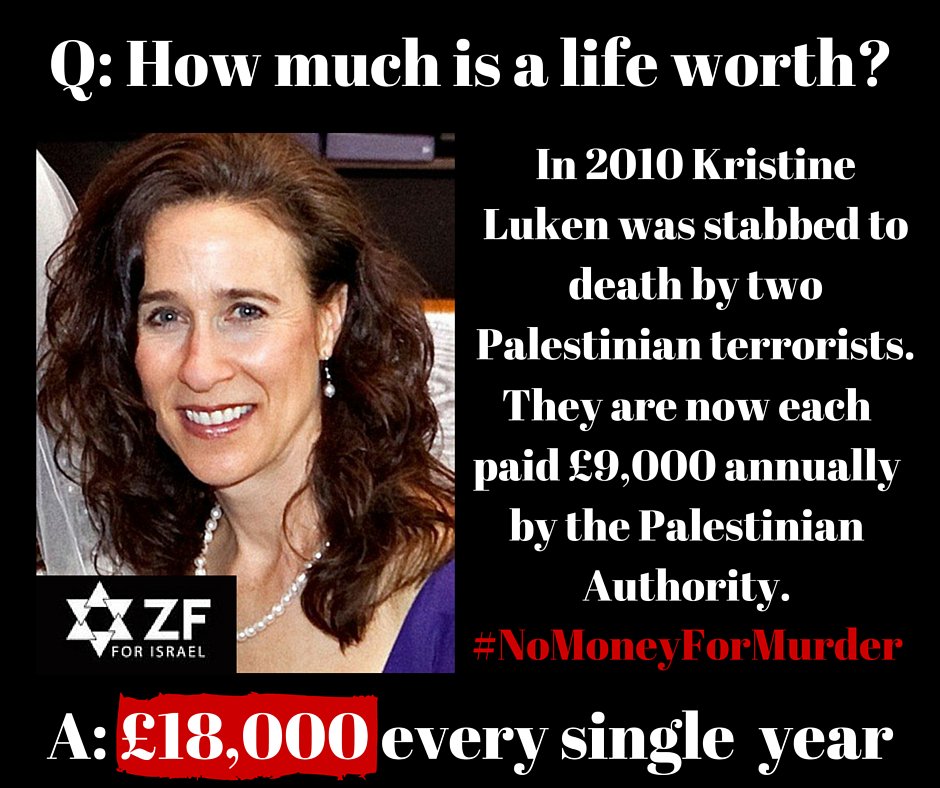 ....The UK's Department for International Development proudly beats its chest, trumpeting its role in helping people beat "corrupt practices around the world". Given the flagrant blind-eye treatment they have extended to the chronically corrupt, kleptocratic Palestinian Arabs since Arafat's day, you have to be slightly amused by their chutzpah.

A question was asked in the British parliament's House of Lords on a subject that ought to be getting much more attention: Overseas aid and the payments that the UK is making to the Palestinian Arabs. Yes, the very matter that is going to be debated in the parliament next month ["13-Apr-16: Parliament will debate UK funding of the PA's Rewards for Terror scheme"] and that, thanks to some good journalism ["27-Mar-16:The PA's "Rewards for Terror" scheme and the lies that keep the pounds flowing in'] by the Daily Mail, is now a talking point ["27-Mar-16:In UK, facing up to UK Aid's scandalous ongoing financing of Palestinian Arab jihad"], at least in the UK and at least for now. [The text comes from this official UK source.]

Baroness Deech (asked on May 3, 2016): To ask Her Majesty’s Government whether they have given any consideration to suspending aid to the Palestinian Authority in the light of its decision to transfer over £85 million a year to the Palestine Liberation Organisation for the purpose of paying salaries to convicted terrorists imprisoned in Israel.
Baroness Verma (Parliamentary Under Secretary of State for International Development and Ministerial Champion for tackling Violence Against Women & Girls Overseas) (answered yesterday, May 12, 2016): DFID is currently reviewing all its programmes following the publication of the updated Official Development Assistance strategy last year. DFID provides financial support to the Palestinian Authority (PA) to help deliver peace and support progress towards a two state solution. DFID funding helps build Palestinian institutions and promotes economic growth so that any future Palestinian state will be a prosperous and effective partner for peace. UK funding to the PA is for vetted civil servants only. The PA hasreaffirmed that prisoner payments are administered by the Palestinian Liberation Organisation. We continue to lobby that the payments to prisoner’s families are more transparent and needs-based.


Seems reasonable on the face of it, right? Probably a case of confused identity. Assurances given by the terror-addicted Palestinian Authority along with their actual reaffirmation. Nothing much to see here, folks. Move along.