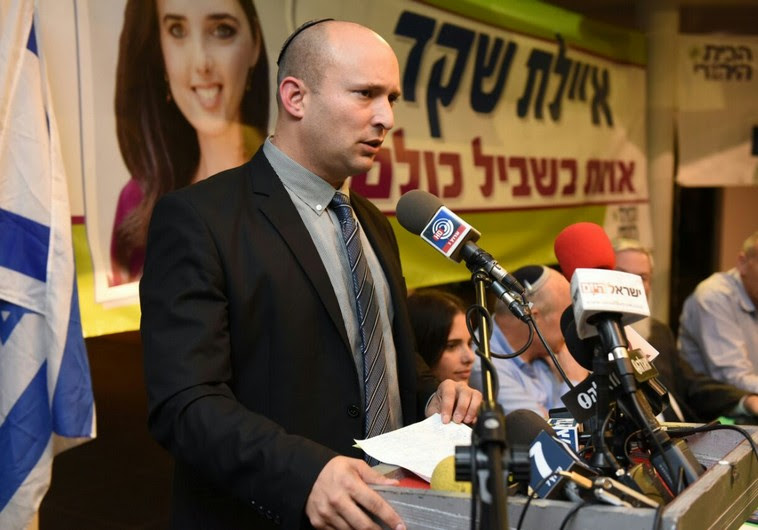 Though MKs still have much to learn from their British counterparts in the art of parliamentary theater, they managed to inject word-play and raucous debate into the nearly hour-and-a-half long proceedings.

According to new procedures adopted by the Knesset, no-confidence motions will be limited to once a month, and, instead, there will be a Question Hour with a different minister each month, including the prime minister once a year. Much like the weekly Prime Minister's Question Time in the UK parliament, the ministers responding will not know what they will be asked in advance. Three-fourths of the questions each time will be from the opposition.

Bennett opened the hour by calling the question-and-answer format "the meaning of democracy, being accountable to the public," and announcing he is prepared to "enter the unknown." The first question came from opposition leader Isaac Herzog (Zionist Union), who asked Bennett what kind of example he is setting as Education Minister by speaking out against IDF officers with whom he disagreed.

Herzog also seemed to imply that religious Zionism begets extremism, asking: "As Education Minister and the leader of religious Zionism, do you not see the connection [between Bennett's rhetoric] and young men of a certain camp protesting in Rabin Square and calling the [former] defense minister a dog?" Bennett did not take the bait, retorting: "I'm glad you realized you're in the opposition. If you would have told me yesterday, I would have done better in negotiations with the prime minister." The Bayit Yehudi leader also spoke out against racism, saying he hates it. However, he added, "we have a wonderful nation, and sometimes politicians believe that we should take the extremes and give them greater prominence. Most Israelis know we have to live together." Bennett seemed to relish in the theatricality of the Question Hour, and continued to mock his political opponents, such as when Meretz chairwoman Zehava Gal-On lamented that the 1949 Armistice Line was "blurry" in a new civics textbook.

"Your complaint is how hard they pressed on the marker when they drew the Green Line? Sure, I'll look into that," Bennett said, dripping with sarcasm.


One question that Bennett took more seriously was one from Zionist Union faction chairwoman Merav Michaeli, who asked if he supports her bill to institute a two-term limit for prime ministers.

Bennett said he sees the proposal "positively," as long as it does not apply to the current prime minister, saying that would be unfair.

The Education Minister dodged another question relating to Prime Minister Benjamin Netanyahu, asked by MK Miki Rosenthal (Zionist Union) about expenses in the Prime Minister's Residence. On Sunday, police said they found criminal wrongdoing on the part of Sara Netanyahu, the prime minister's wife, regarding the use of state funds in the residence's management.

Knesset Speaker Yuli Edelstein allowed Bennett to skip the question, which is the speaker's prerogative.

On a question about the Temple Mount, Bennett sent the ball to Netanyahu's court.

MK Yehudah Glick (Likud) asked why Israeli children are taught that the Western Wall is the holiest place in Judaism, which is factually incorrect, and suggested that schools be allowed to take children on trips to visit the Temple Mount, "a world symbol of peace." "Ask your party's leader about his Temple Mount policies," Bennett responded.

However, Bennett did say children are taught the truth about the Western Wall, which is that it is a supporting wall for the platform on which the Temple stood.

The Education Minister pointed out that the 50th anniversary of the Six Day War is near, and that since then, there is "freedom of religion everywhere in Jerusalem except the Temple Mount," where only Muslims are allowed to pray.

Much of the hour was dedicated to arguments between Bennett and MKs from Yesh Atid on the topic of whether or not haredi students should have to study the core curriculum.

Bennett argued that forcing the curriculum on haredi students doesn't work, and that he is trying compromises. In addition, he pointed out that while Yesh Atid bragged about making Haredim study the core curriculum, they postponed the law's implementation, such that it never was actually used.

Yesh Atid MKs argued that by not forcing Haredim to learn math, science and English at the level commensurate to the rest of the country, the government is condemning them to poverty.
Posted by Unknown at 3:43 PM